Sustainable Art for All

Sustainability and artistic expression are woven into the lives of Rangiwahia couple Jim Richards and Bridge Murphy.  In 2010 they founded the Rangiwahia Environmental Arts Centre Trust (REACT), and now travel all over the lower North Island, running workshops in schools and communities, helping people make toys, decorations, 'tell your story' books, flags and banners, all using discarded and sustainably harvested materials.

Bridge, a Kiwi, met Jim in the UK.  They fitted out an old British Telecom truck as a mobile home and art studio, and travelled through Eastern Europe, the Middle East and the former USSR.  Along the way they ran art workshops with NGOs, schools, orphanages, hospitals, universities.  Many of these institutions had no art, nothing on the walls.  Jim says it was clear that art made a profound difference, in communities affected by global events like the breakup of the USSR and the September 11, 2001 attacks on the USA.  It was deeply satisfying to see people making art side-by-side, and putting on “scrap carnivals”, which unlike your average carnival, don’t cost a lot of money, and don’t generate waste to landfill!  The connections are just as important as the art, says Bridge. “We believe in the power of people coming together to celebrate.”

REACT are probably most famous for their lantern workshops, and the lantern parade at Palmerston North’s annual Festival of Cultures. There’s also the “Big Girls”, giant puppets made with and for women of diverse cultures, for International Women’s Day events.  At the Centre, they cultivate willow for these creations.  Donations and grants allow them to reach into disadvantaged communities.

Jim recently found that discarded ends of willow can be burned to make charcoal for drawing.  This is another thing they are trying to bring about: A circular economy, allowing humanity to live sustainably on the Earth.  They have planted vegetable gardens and fruit trees at the centre for food security, and biodiverse “green corridors” of native plants to link three nearby bush reserves.

This work is their livelihood, volunteer work, and the way they choose to live, all rolled into one.  “For many, success is accumulating wealth.  For us, success is making society better,” says Jim.  Some projects receive funding, others don't.  They often work at other paid jobs while running the centre.

REACT have an open day combined with a willow-harvesting bee during Matariki in July.  They are happy to have volunteers come and learn, and spread these ideas.  If you would like to know more, volunteer, collaborate or donate, go to www.rangienviroartscentre.org. 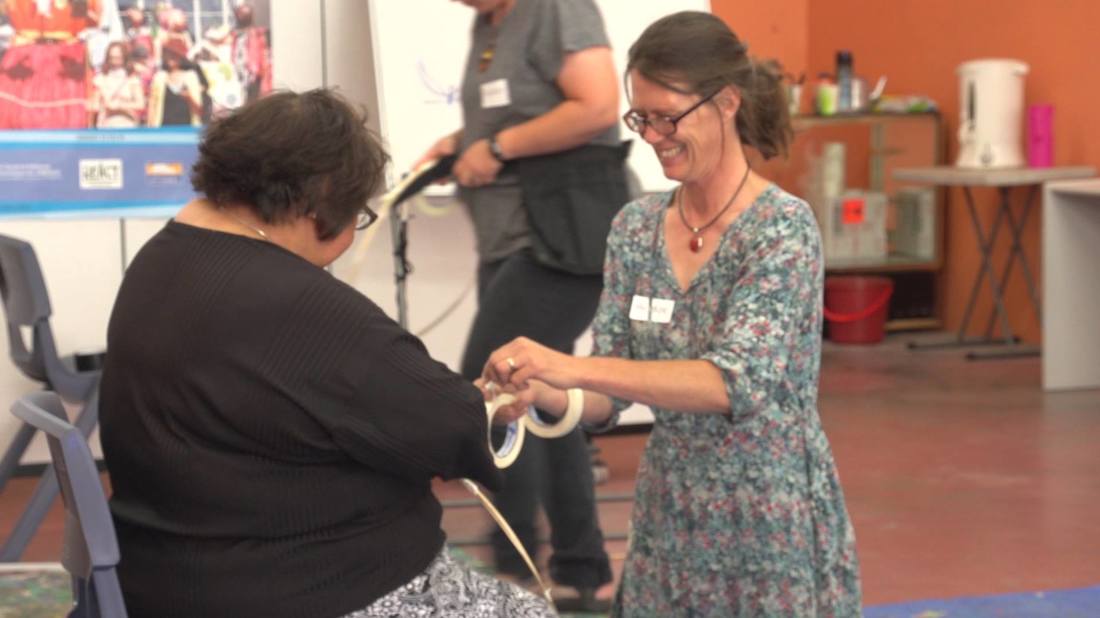 Bridge (right) and a workshop participant, working on a giant puppet. 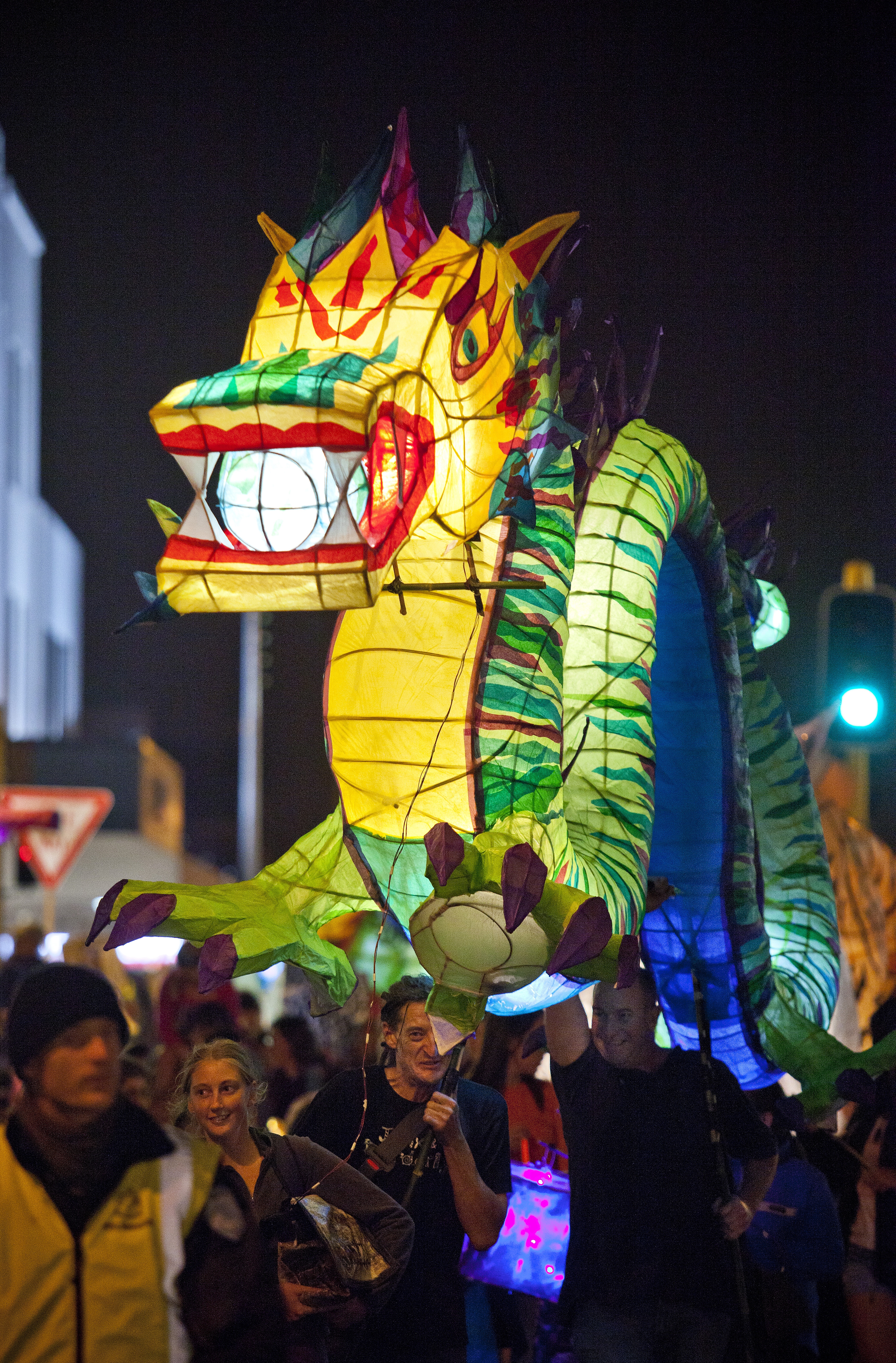 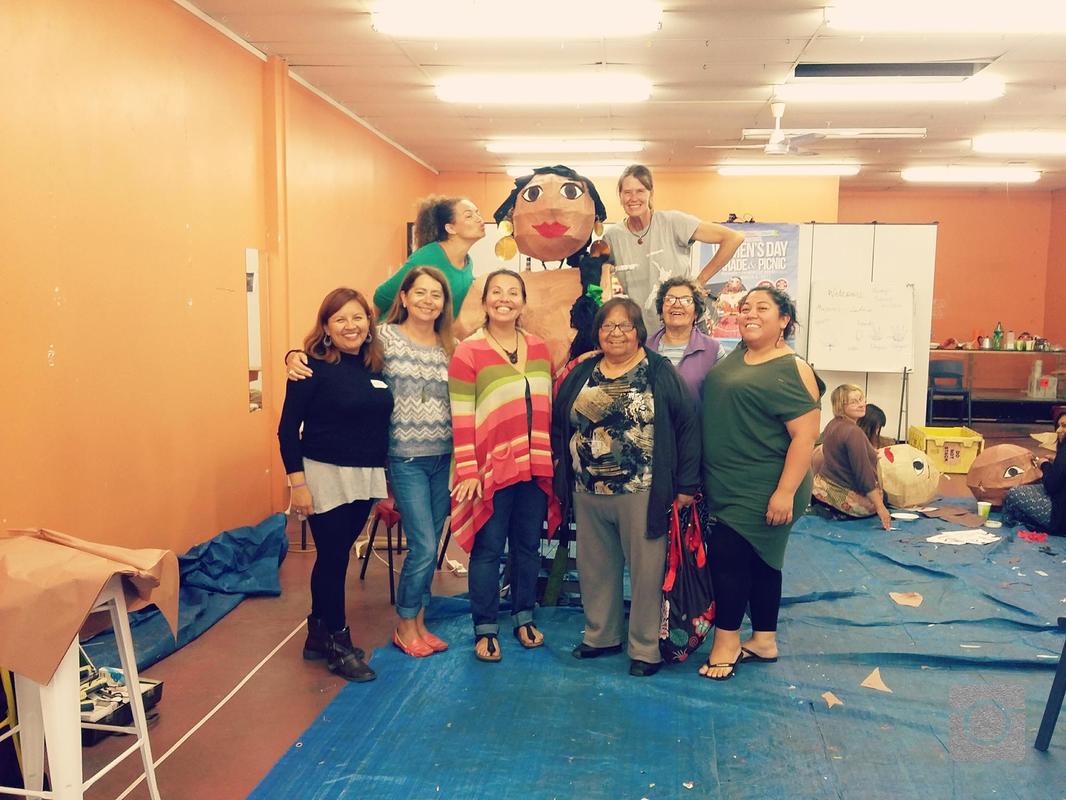 Puppet "Mia" and her makers.